Betting on sports in North Carolina will be legal one of these days. That’s a pretty smart wager. But when it might happen is more of a mystery. The smart money is on the over rather than the under.

That was just one of multiple takeaways on Tuesday from a three-hour symposium at Elon University, “Sports Betting: The Industry’s Next Frontier.” It was offered through the School of Communications’ Sports Management program. The keynote speaker was David Stern, the now retired commissioner of the National Basketball Association and one of the most influential and powerful figures in the history of sports in America. His appearance alone made it an event worth attending.

But while Stern was the headliner, he was not really the shooting star. Direct, to the point and with a dry, drier and driest sense of humor, Stern was an informative and knowledgeable guest best utilized in the Q&A format. Unlike his successor, Adam Silver, Stern has a long record of opposition to sports betting but admitted that times have changed after a decision by the Supreme Court a year ago lifted a nationwide ban on sports betting. Stern has been anything but hesitant in meeting new challenges throughout his career. Stern also pointed to the absurd growth of fantasy leagues as the juncture at which gambling on sports in America became ubiquitous. It’s already a part of everyday sports culture anyway so why not make sports betting legal and create new revenue streams for gaming businesses, teams, players, collegiate conferences, athletics departments, and the states. By opening the door to legal sports betting it also may close the door to illegal bookmaking and other criminal enterprises that are often parts of even more disturbing criminal activity.

The truly eye-opening parts of the engaging session, held at Elon’s Turner Theater in Schar Hall, included one very optimistic outlook on the business of sports betting that outlined all the avenues fans could place bets in the future — example, placing a bet inside an arena about how many points Steph Curry might score in the third quarter of an NBA game that night; or placing a bet at a NASCAR track about how many laps Kevin Harvick might lead in that day’s race. The possibilities are limitless when it comes to the business of sports betting. Some in the crowd thought the second session overlooked some obvious gambling pitfalls in terms of addictions or the headaches for providing the wide range of betting services inside stadiums or arenas or how those headaches might be managed.

Some of that part was up to panel No. 3, a group that included two North Carolina legislators and a representative with the American Gaming Association. The nuts and bolts of how sports betting might be put in place in North Carolina and issues seen in other states took up the final and most interesting part of the discussion. Professor Mark Cryan was the moderator.

And here’s what we learned: Don’t expect to place a legal bet on the Carolina Panthers in North Carolina this fall — unless it’s at the Native American casinos in Cherokee. It will happen, but it might be the fall after that, or the fall after that one. It’s going to take time to set up sports betting in the state once the North Carolina General Assembly navigates the minefield of opposition, questions and regulations to make it all work.

The two state lawmakers on the panel — Carla Cunnington, D-Mecklenburg and Jon Hardister, R-Guilford, are each in their fourth term and face re-election in 2020. Both are strongly in favor of the sports betting initiative for North Carolina but understand it will be controversial. In an ongoing show of bipartisan unity, the two answered points by the other with “I agree with Carla” or “Jon is right.” It was almost enough to make people believe in the political process again.

Mainly the lawmakers said they want to allow sports betting in North Carolina — including college sports for the sake of consistency and not leaving ajar the door to criminal betting activity that feeds other crimes like human trafficking — but they want it operated by legitimate private businesses that specialize in gaming activities. Unlike the North Carolina Education Lottery, which is owned and operated by the state, sports betting would be its own entity subject to state permitting, regulation and taxation. It would not be attached to the lottery in any way. On Tuesday I heard Hardister echo something I’ve been saying for more than a decade. It’s the height of hypocrisy for the state to operate a gambling operation like the lottery but forbid private businesses to do so. I’ll also add here that I wish the state would get out of the liquor store business in favor of private owners as is the custom in many states.

Cunningham and Hardister believe any bill regarding sports betting in the state would probably call for creation of a gaming commission established to study gambling in other states, operating parameters, rules, costs and other necessities that come with this new business. Revenue generated from permitting and taxes would go back into the state general fund or to a designated area of the state budget. Both agreed that this new source of revenue wouldn’t solve the state’s budget issues, it would simply be another source of money to put into areas like mental health, public safety, etc.

All of that appointing and studying and discussing and debating and voting takes time, of course. There’s no particular rush, but state leaders will also be watching how quickly surrounding states like South Carolina, Virginia and Tennessee put their own sports betting plans in place. And there will be opposition. After all, the lottery passed by a slim margin and amid criticism when it was OK’d in 2005. Then-Lt. Gov. Beverly Perdue cast a tie-breaking vote in the General Assembly to establish the lottery. These days, offshore betting, online gaming, fantasy leagues and office pools are so prevalent that it’s hard to see North Carolina not taking the plunge.

Meanwhile, two gambling bills of interest have been introduced in the state Senate. One would allow sports betting in the Native American casinos operated in Cherokee. The other was introduced by our own state Sen. Rick Gunn, R-Alamance. During the NCAA Tournament, Gunn proposed a bill that would make sports betting pools like NCAA Tournament bracket bets legal in North Carolina.

After all, Gunn reasoned, folks are already doing it without legal intervention, why not make it legal?

Makes sense to me. 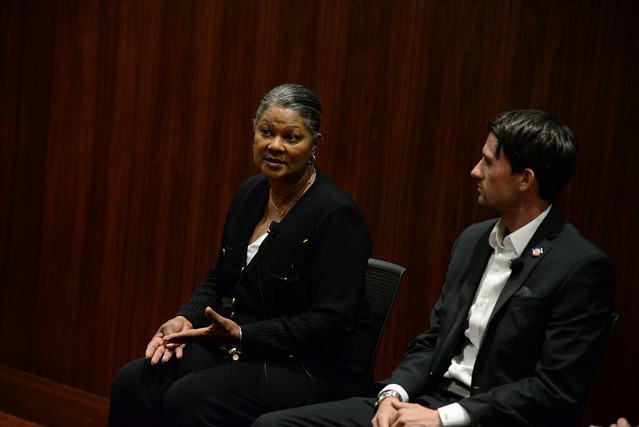