The lead prosecutor in the controversial 1990 murder trial of Blanche Taylor Moore died Saturday when she stepped into traffic on Interstate 485 in Charlotte, authorities said.

This post was originally from Oct. 15, 2015 — shortly after I read the story referenced above. Since it was written, little to my knowledge has changed. But this remains and will always be the most challenging newspaper story covered in during my career. It cropped up on my Facebook memories today so I anticipate something changing in the bizarre case. Blanche Taylor Moore remains the oldest inmate on North Carolina’s Death Row. As of today, she would be 84.

I was asked about Blanche Taylor Moore just the other day so I wasn’t surprised when something involving Alamance County’s most famous murder case turned up so quickly.

That’s how the universe seems to work.

This morning before I could pick up the Greensboro News & Record at the office, my longtime friend and one-time colleague Steve Huffman sent an online message asking if I had seen that the former Janet Branch, one of the Forsyth County prosecutors in the death penalty case completed in 1990, died over the weekend. Authorities believe she committed suicide by walking into interstate traffic in Charlotte. Now Janet Downing was 62. Greensboro’s print edition had a heavily truncated version of the story. The Winston-Salem Journal version has far more details. 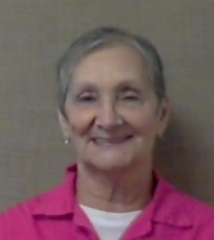 Blanche Moore today in an N.C. Department of Corrections photo.

Branch was a controversial figure in the high-profile investigation and trial of Moore, who was accused of poisoning a husband and boyfriend with arsenic. Burlington police investigators spent much of 1986 exhuming graves of those Moore might have known who died under mysterious circumstances. Forsyth County was involved investigating the death of one of Moore’s boyfriends, Raymond Reid. The events of that case occurred in Forsyth County. It was ultimately tried there over six weeks in 1990, ending with Moore’s conviction. The verdict was shown on live TV with WFMY and other channels breaking in to normal soap opera programming to broadcast it.

I believe that was a first for this area.

Branch was a troubled figure even before recent events. The Winston-Salem Journal story goes into some of it. Here’s a story about one problem related to the Moore trial written by Times-News reporter Russ Smith in 1992.

RALEIGH — A former prosecutor in the Blanche Taylor Moore trial accused of unethical conduct before and during the proceedings is facing disciplinary action by the N.C. State Bar, according to Moore’s Winston-Salem attorney David Tamer.

Tamer said Wednesday morning that the state bar is pursuing the matter and a hearing would take place sometime after the first of the year.

Although the news won’t directly affect Moore’s appeal, which is in the N.C. Supreme Court, Tamer said the defense now has options through other courts.

“(The Bar’s actions) will give us an additional basis to seek relief in other courts if (the Supreme Court) doesn’t give her another trial with the pending appeal,” Tamer said.

He explained if the Supreme Court turned down Moore’s appeal, a motion for appropriate relief — vacating Moore’s sentence or asking for a new trial — could be filed in another court in lieu of the evidence and the bar’s investigation.

Tamer said he intends to continue to argue the judge’s and Branch’s alleged misbehavior at the trial.

Tamer added the defense had previously argued that Branch’s alleged misconduct biased the outcome of the trial.

“It was a very difficult and emotional trial and was somewhat more of a spectacle than it should’ve been. It was our intention all along (Branch) manipulated evidence and conducted herself in such a manner to increase the spotlight on herself and increase the value of her story.”

Tamer said Branch’s alleged activity was a vendetta against his client.

“It is clear from the evidence to which I’m provided that prior to the actual beginning of the trial and after, she was engaged in activity, to which appears on its face, which appears to be negotiation for the sale of her story as the prosecutor of Blanche Taylor Moore.”

Blanche Moore was convicted in November 1990 in a Forsyth County Superior Court for the 1986 arsenic slaying of her boyfriend, Raymond Reid, of Kernersville.

Kiser filed the complaints against Moore’s lead attorney Mitchell McEntire and Branch, with his sister’s approval from death row.

Branch’s estranged husband, Larry Branch, also filed lawsuits against his former wife, alleging she had an affair with an SBI agent while investigating Moore’s charges.

Branch resigned from her prosecutor’s post late last year after being charged with assaulting her estranged husband with a tire iron.

It alleged Branch had once received an offer of $45,000 for her assistance in the filming of the movie.

The movie, which stars “Bewitched’s” Elizabeth Montgomery, is scheduled to air on NBC during the current 1992-1993 television season, according to Jill Carmen, spokesman for NBC media relations.

That complaint accused Clary of having illicit sexual relations with Janet Branch claiming, at that time, Janet Branch was pregnant with Clary’s child.

While Branch found trouble with the state bar, she was only reprimanded in 1993. The bar found no evidence of impropriety, but said that the prosecutor had put herself in a compromising position. But it’s obvious she had a troubled life, something that fed into the soap opera quality of the entire story of the two women — Branch and Moore.

The case involving Blanche Moore had more strange twists and turns than almost any I remember covering. I was working as city editor when much of it unfolded. I told a class at Western Alamance High School last week it is still the most intense journalism experience in my career.

Apparently, the twists and turns continue.

One thought on “A story without end, until”