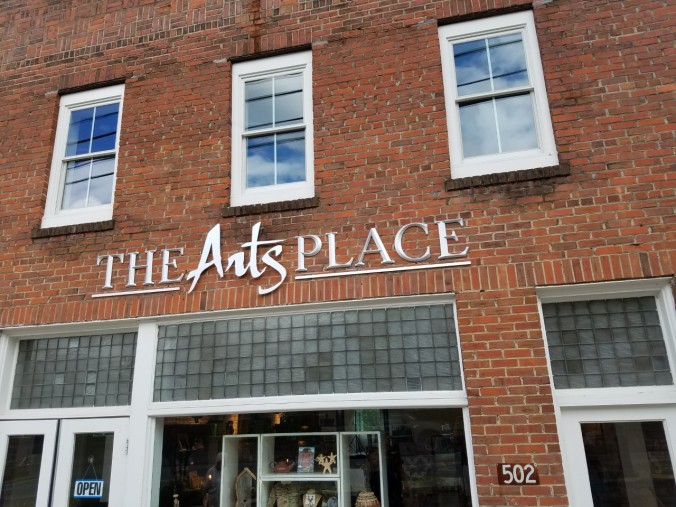 Nothing much changes in my hometown. With a few exceptions the Danbury, North Carolina of today doesn’t look substantially different than it did 50 years ago. Some of the older houses are gone, a tragedy in terms of historic value. One is the old Taylor house, where my great-grandparents lived. My great-uncle let it run down to the point that it had to be razed rather than saved. The Joyce house beside it is long gone, too.

But so many landmarks remain, including the old Stokes County Courthouse where my grandmother worked in the Clerk of Courts office. A new government complex replaced its office functions years ago, the the stately old courthouse and its lawn known as the “courthouse square” remain a fixture for those passing through on their way to Hanging Rock State Park.

Across the street from the historic courthouse is a block once dedicated to a law office, a bank, a small grocer with another law office upstairs and a barber shop. Later additions included the Department of Social Services — where my mom worked — and the county library. That’s how it was in the 1950s and 1960s when I was born and raised. In fact, my aunt and uncle George and Noreann Petree operated the store at one point and lived above it next to the law offices of Petree and Petree. The window for the law office remained visible to passersby as recently as a couple of years ago.

The store changed hands over time. George went to work for the postal service and Glenn Stevens took over the store, which also served as a bar for the menfolk in the town. They had few other options back then in a town  with a population of around 175. Glenn Stevens sold beer in the back of the store and the men played cards at a makeshift table as an old black and white TV blared afternoon TV shows like “Divorce Court ” in the background. The men spent late afternoons spinning yarns, drinking Budweisers with salt sprinkled atop the can, chewed tobacco and played setback. The mayor sat in as did the newspaper editor, an ABC enforcement officer, tobacco farmers, mill hands, bankers, lawyers and my dad, of course.

My brother and I spent hours on that block. All day in the summer and every afternoon when we got home from school. The bus, in fact, let us out in front of the old courthouse. We crossed the street, hit the store for nabs and a drink then went to mom’s office at the DSS. From there we might head to the courthouse to see our grandmother, go back to the store to watch the men spit and play cards, play outside or go to the library to sit and read. At night we played tag or hide and seek on the courthouse square.

Over time things eroded. Elmer Manuel took over the store and sales of beer on the premises stopped. The card games moved to the newspaper office. Elmer built a new and much larger, better store in another part of town with more ample parking. The law offices, including the one of Judge Leonard Van Noppen, closed. Northwestern Bank shut down its branch, too. When Zack Woods shuttered his barbershop and drove off in that old Corvair he used to have, all that remained was the DSS and library.

Eventually they moved, too.

That little block fell into disrepair. Later the Stokes County Arts Council moved into the old bank and store but its try at an art market didn’t gain much traction at the time. It kept an office and gallery but the old store site was shut down. Several years ago, though, Bonnie Collins opened a little restaurant and catering place in the old library. She called it The Artist’s Way and it has endured, even flourished.

A few years ago, the town embarked upon an ambitious project to upgrade the look of that block and hopefully draw more tourism business there. It made sense in terms of proximity. People pass through Danbury all the time to either ride innertubes on the Dan River or hike Hanging Rock. They built new walkways and a rock wall, which made the site more inviting. Then work began on renovating the Arts Council property into a multi-purpose venue for the arts.

Work is still not 100 percent finished but what has been accomplished so far is impressive. It’s called The Arts Place but it also includes the Arts Council’s Apple Gallery and Higher Grounds coffee and ice cream. The entire area occupies the territory that once housed the bank, store and barbershop from my youth. The Arts Place itself takes up much of the old store and features the original brick walls. It has paintings, pottery and carvings by regional artists for sale as well as T-shirts and other souvenirs. It’s a beautiful space that also includes a stage / presentation area in the back and the coffee and ice cream bar off the front. Imagine, getting a frappe in Danbury.

The gallery itself is a wonderful display area are with great lighting. The bank vault remains a visible testament to the past and provides a nice little curiosity for visitors unfamiliar with structure’s history. I offered the knowledge on my visit to someone curious about why such a formidable vault was in an regional art gallery. I told him no Picassos or Monets were stored there.

Work continues upstairs and downstairs but overall the main space is open for business. For those going to or coming back from Hanging Rock it’s a cool place to stop. My only word of advice for its operators: The coffee shop needs to be open later than 3 p.m. on weekends. Five or six people stopped in on our visit yesterday looking for coffee but couldn’t get any. The person on duty did gladly scoop ice cream for those who wanted some. I was glad to buy a cup of salted caramel truffle ice cream.

Next time, I’ll make sure to get a frappe.

The renovations left much of the original features of the building intact.

Another view of the interior. I got my mom and brother in this one. 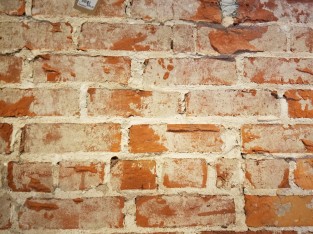 The old walls of the store. 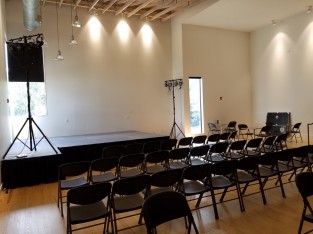 My friends Carmel and Bruce Hall are the T-shirt suppliers. Free plug for them.

The Apple Gallery changes its feature artists every few months.

Yes, cheese. I don’t know why, but whatever. Cheese!

2 thoughts on “The Arts Place in Stokes County, new look for an old haunt (with photo gallery)”