Four years ago today I got another in a series of lessons regarding people – that they’re much better on average than most give them credit for. Of course it’s easy to see how anyone can be confused. Judging by what I see on social media, humanity made its last stand months and months – perhaps years — ago. The verbal barbarians are the new gatekeepers. People, it might seem, are a lost cause.

But deep down I know it’s not true, not by a longshot. There are far more great people around us than bad – it’s the bad ones who get all the free publicity, self-created or not. And let’s face it, cable news is a vacuum for decent behavior.

But I choose to remember that on this day four years ago, dozens of people in Alamance County came to the Times-News office in downtown Burlington to participate in a bake sale of all things. But this was no ordinary bake sale. This was one we planned to aid our friend and co-worker Mike Wilder, who had just been diagnosed with cancer. We wanted to do something to help him handle the incredible medical costs we knew would be coming.

The bake sale on March 28, 2013 occurred just three or four weeks after Mike, our longtime education and general assignment reporter, was diagnosed with cancer in multiple places. He was in a very advanced stage of the disease and we all knew it. Here’s what I posted on Facebook shortly after the sale was completed for the day – in almost record time, I might add.

As most of you know, we had a bake sale today for Mike Wilder, a 45-year-old reporter here at the Times-News who was diagnosed earlier this month with cancer in multiple places. People in our community responded in a way that goes well beyond big time. The tables in our breakroom were covered with cakes, pies, cookies and candies. There were easily a couple hundred items available in all. People lined up to buy at 7:30 for our 9 a.m. event. And by 10:30, we had been cleaned out and had more than $3,500 to show for the tremendous efforts of so many. People continued to come to our office even when we had nothing to sell. Those who did left money in a jar at our front desk. We collected more than $1,000 after the sale was over. It was an amazing display of community at a time when it’s more cynical to believe those kinds of days are long gone. I can only offer my thanks to people in Alamance County for their generosity and kindness. And yes, many told stories of how Mike’s reporting made a difference in their lives. Makes me wonder if what we do is as irrelevant as some like to say these days. 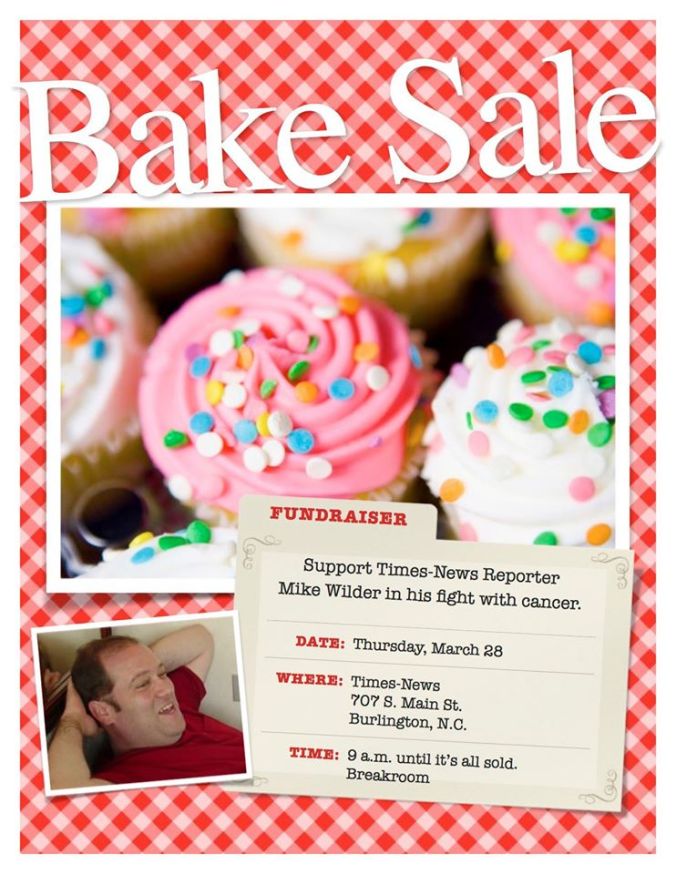 Our idea to help Mike with his bills was to hold the bake sale to take care of immediate needs and a concert or some other event in the summer. As most know, he never saw a summer day that year. Mike died less than a month after the bake sale, April 14, 2013, from complications arising from his worsening condition. He was gone far too soon.

I believe everyone working at the newspaper during this time was profoundly impacted by Mike’s illness and death. We watched him grow sicker as winter moved toward spring. He lost weight, his skin had a troubling pallor. He kept insisting he was perfectly OK — just a cold, the flu or something he couldn’t shake after a cruise in December. We kept telling him to see a doctor and he flat refused for weeks. Finally we made such a stink about it, he went to an urgent care clinic in town. He came back with some cockamamie explanation for his condition that made no sense to us. God knows what misinformation he gave the examining doctor.

A couple of weeks later, on a Sunday afternoon, he passed out while walking in downtown Burlington. He had no ID when he was found so he was taken to Alamance Regional Medical Center as a “John Doe.” Once he became responsive enough to communicate, ARMC called the Times-News to verify that he indeed worked there. News Editor R.J. Beatty answered the phone then immediately called me at home.

When I arrived at the Emergency Room with my spouse, Roselee Papandrea, Mike was embarrassed but glad to see us. Roselee, after all, was a former newspaper colleague who left for a job at Elon only a few months before. She and Mike enjoyed a bantering relationship. When a nurse asked if we were family Mike pointed to Roselee and said, “She my sister, of the home.”

I knew then that Mike was aware of how dire his condition must be. The “of the home” reference was a dark one – a nod to the wording in newspaper obituaries.

But we were all stunned by how quickly he was taken. It was some kind of aneurysm that can be caused by a cancer treatment. He passed away about 48 hours after it occurred. 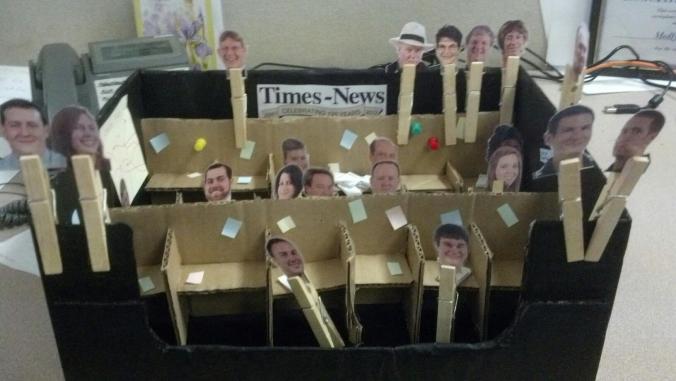 Michael Abernethy and then-staff member Molly McGowan led the effort to create diorama of the newsroom to help cheer Mike up when he was in the hospital.

We decided to proceed with the summer fund-raising concert as planned in 2013 but turn it into a benefit for cancer programs at Alamance Regional Medical Center funded through the ARMC Foundation. The first Evening of the Arts was held in August and was a success. We’ve been holding them annually ever since – raising close to $25,000 for cancer patients. The last one was in August of 2016 when the Lamb’s Chapel in Haw River helped us book the bluegrass gospel band, The Isaacs. It was our most successful cancer fund-raiser to date, clearing $10,000. Amazing turnout and music.

Although I’m not with the newspaper anymore, I’m hopeful that the tradition continues this year. It’s a powerful program and a wonderful way to remember Mike.

And today I’d like to say I’m still touched by that bake sale four years ago and the display of caring by people in Alamance County. People not only bought baked goods, but donated their time making them. Many knew Mike, who was a memorable character with dozens of quirky but endearing habits. A large number, though, never met him at all. They just wanted to help a person in our community in trouble. I’ll never forget. 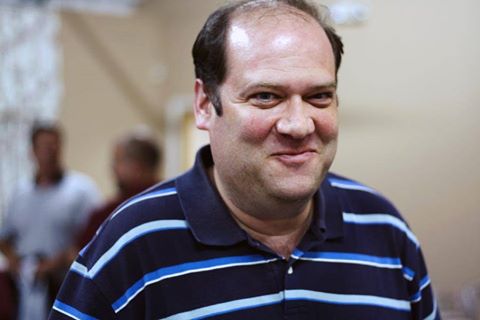