College Coffee is an Elon University tradition that goes back a couple of decades at least. Until Tuesday I had never attended one.

It’s my fourth week working at Elon as a development writer. It’s a good gig so far and I don’t expect that to change. It’s hard to beat the surroundings or the staff. I arrived during the short Winter Term when far fewer people are on campus and the bustle factor is diminished. Tuesday marked the first College Coffee since my arrival. I figured it might be a good chance to make some connections and meet people.

I wasn’t the only one who thought so.

I walked over in the brisk morning air with my spouse and others from her office in Campus Communications. I nearly bailed. I’m a wuss about cold weather. But Garry Graham, a graphics designer from Canada shamed me into braving the chill. And it did seem like a good idea to attend the first Coffee of the spring semester. It’s not like I’m a total newbie at Elon. I know quite a few people from my work in newspapers and via my spouse, who has been employed there for the last four years. 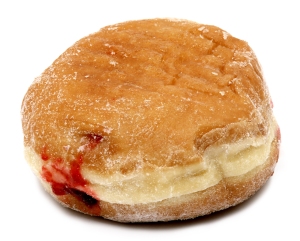 Despite the chill the event was outdoors at the Phi Beta Kappa Plaza. Upon our arrival we picked up a cup of coffee and a doughnut (lemon-filled and not bad), then moved to the side and talked. We were soon joined by someone who is pretty much a true newbie on the Elon campus, a member of the football coaching staff. He was outgoing, about my height and pretty young by my comparative standards. He introduced himself as Ryan Smith. He’s one of the more recent hires on new head coach Curt Cignetti’s staff. Ryan, who coaches cornerbacks, is in the process of moving to this area from State College, Pa. where he was on the football staff at Penn State University. He’s a William & Mary graduate and played cornerback on one of W&M’s better teams, a 2009 FCS finalist.

We struck up a good conversation. He was looking for the kind of information anyone new to a place would want — about places to live, sites to see, stuff on campus to know about. He said one of the things that attracted him to Elon was the campus itself. He likes the sense of community, it reminded him of William & Mary. He said he couldn’t wait to become involved in campus life, attend events and take part in the college environment. In turn I told him about e-net, the campus news site, where to find calendar information and invited him to attend the Community Connections forum on Feb. 21.

And, of course, we talked a little about the Super Bowl. Neither of us has much of a rooting interest in the game. He’s a Washington fan, I’m Green Bay. Later in the day I would find out that Cignetti has a connection to the Atlanta Falcons via star wide receiver Julio Jones. Cignetti coached him at the University of Alabama.

Then we swapped email addresses and went our separate ways.

But I couldn’t help but think that this kind of meeting is what makes College Coffee an outstanding tradition — one that fosters that sense of community Ryan spoke of. I’ll make sure to go to the next one. Unless, of course, it’s too cold.

One thought on “Coffee, community and football on Tuesday at Elon”