Update on Aug. 11, 2019: The New York Times today published a telling story that examines the lives of recent mass shooters in the United States. No one is surprised that all are men, but also nearly all expressed anger or hatred toward women in a variety of ways to friends, via internet chat rooms, etc. Here’s a link to the NYT story. https://www.nytimes.com/2019/08/10/us/mass-shootings-misogyny-dayton.html

I wrote this for the Burlington Times-News in 2013 on the 20th anniversary of a mass shooting in Burlington.  It is still one of the most troubling incidents in city history and a precursor of what would become more commonplace in America. Peace folks. Peace. 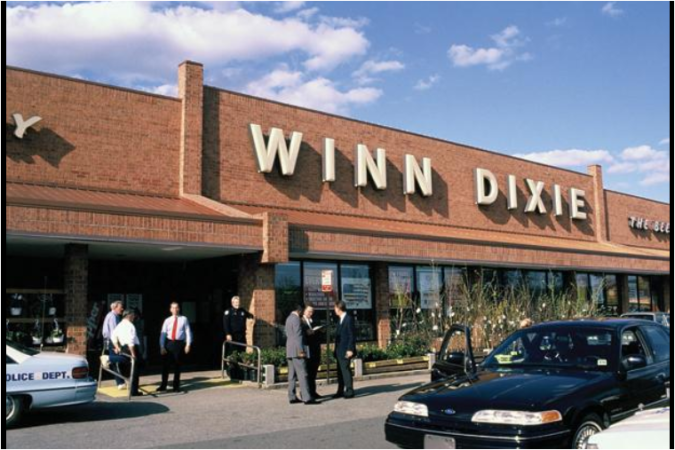 John Glenn knew nothing would be routine when he woke up the morning of April 1, 1993. After all, he was going to be sworn in as Burlington’s new police chief at 8:30 that morning. It was something he had worked his 25-year career to accomplish.

He took the oath of office as the day started — wife Mary Leigh pinned on the new badge herself — in a celebration filled with well-wishers and congratulations. Afterward, Glenn settled in behind his new desk and more than a few people dropped by to chat and shake hands.

Then the business of being the new chief began.

Glenn remembers talking to someone in his office shortly after 3 p.m. He was going over a personnel matter with a couple of lieutenants when a call came in about a shooting at New Market Square, one of Burlington’s busiest shopping centers — the one at the corner of Shadowbrook Drive and South Church Street.

“I thought it was a joke at first, it was April Fool’s Day, remember,” says Glenn, who retired as Burlington’s police chief 13 years ago. He turned and told his officers the same thing.

It had to be a joke.

Then the dispatcher said she heard gunshots in the background of the call. It was no joke.

“That’s not supposed to happen here.”

And yet it did.

ACCORDING TO a report compiled by the State Bureau of Investigation, and reported by Chris Cary, for the Times-News in 1993, a man with a history of mental illness dating back to the age of 12 walked into the Winn-Dixie grocery store shortly before 3 p.m. on April 1, 1993. He was armed with a Dan Wesson .357-caliber magnum revolver. His primary target was a former co-worker at the store with whom he had a disagreement. The SBI report did not establish the exact nature of that relationship.

On that day it was clear to witnesses and police that Gerald Howard Snead was prepared to shoot anyone and everyone in the building if necessary. There were 33 people inside when Snead began firing.

He entered the store, then walked to the deli area where his intended victim, Pamela Pike, tried to hide in the cooler. She was with Edna Inman. Another woman, Mary Kay Rowland, hid in the freezer. He fired several shots at the doors of both, before entering the cooler and shooting Pike six times and killing her. Inman and Rowland were both wounded but would recover.

As police then began to arrive, “Snead told Mrs. Inman that he would kill any officers that came for him,” the SBI report said.

IN 1993, INSTANCES like this one were still rare. There was a notable shooting spree at a McDonald’s playground in San Diego and another well-publicized one at a Luby’s cafeteria in Kileen, Texas. But the New Market Square shootings in Burlington were well ahead of a national trend that would one day make Columbine, Blacksburg, Milwaukee, Aurora and Newtown sites in America that people in most households associate with incidents of mass violence.

“Workplace violence was just beginning. It’s not something that happened, and we never thought it would happen in Burlington, not here,” Glenn says. “In a matter of minutes Burlington became a nationwide story, just like (Newtown,) Connecticut.

“It was five minutes of terror that went on and on and on.”

Glenn says Burlington officers had some training in how to handle situations where a shooter opens fire into large and heavily populated public areas like schools or movie theaters — but not an extensive amount. It simply didn’t happen that often anywhere. Back then, hostage situations were more common.

Randy Jones was a traffic lieutenant for the Burlington Police Department when the shootings at Winn-Dixie occurred. Now the spokesman for the Alamance County Sheriff’s Office, Jones was among the first officers to enter the store.

“It’s what they call rapid deployment today,” Jones says in reference to how Burlington police responded to the call.

“The old idea of a SWAT team or SRT arriving on the scene to contain an area was the standard at that time,” Jones says. “In a lot of the cases then, people wanted something either involving money or something political. There was some kind of demand and they had hostages.”

“This guy went in and started shooting, that was the thing,” Glenn says. “We’re really fortunate that more people weren’t shot.”

According to the SBI, Snead fired his weapon 23 times. Jones recalls counting at least 18 shots on a tape recording of the 911 call.

“He had a six-shot revolver and kept reloading,” Jones says.

BURLINGTON OFFICERS advanced on the store from all corners of the city. There was no time to set up a perimeter and talk through what would be the next course of action. There would be no negotiation. In many ways, instinct took over.

The first officer on the scene was Detective Mike Fuquay, who was working security across the street at Holly Hill Mall. He entered the store and soon was joined by Patrolman H.G. Coble and Patrolman S.E. Morrison. Sgt. Tony Holland and Patrolman J.B. Taylor also entered the store. Snead was instructed over the store’s public address system to surrender. Fuquay and Morrison also ordered him to drop his weapon.

According to the SBI report, Snead emerged from the cooler, where Pike lay dead and officers again asked him to give up. Snead cursed at the police and walked back inside the cooler.

“Just as I came around the register is when the two shotgun blasts came out,” Jones recalls. “It doesn’t work like you see on television. He shot him once; he fell down and got up. Then he tried to raise his gun again.”

The second shotgun blast from Fuquay ended it. Snead died at the scene.

THE RESPONSE by Burlington police officers that afternoon would be eerily similar to what would become the national standard for dealing with shooting sprees. The objective is to end the shooting as quickly as possible.

“You can’t set up a perimeter and wait for the SWAT team,” Jones says. “When someone is killing people, you have to go. When you have someone who is continuing to shoot people, we’ve got to go after him.”

Jones notes that acting too slowly cost lives in 1999 when two students killed 12 people and injured 21 at a high school shooting in Columbine, Colo. Times have changed in that regard.

Glenn says the fear for officers in those kinds of situations is that they’ll do something wrong. Training for how to handle shootings existed before Columbine — and prior to the Winn-Dixie event in Burlington. But in 1993, no one expected, or thought, it would happen.

Jones gives a nod to Glenn’s leadership under fire, especially for a first day on the job. Glenn rushed from his office to New Market Square to monitor events after verifying the initial call. He maintained contact with officers everywhere by walkie-talkie.

“I decided to go out myself to see what was happening,” Glenn told Times-News reporter Jim Wicker in a story published the following day.

Glenn credits the officers who took the initiative to storm the store once they determined what was going on. Because he was new on the job, knowing what his department’s capabilities were was critical.

“Everybody did what needed to be done and it was handled exceptionally well,” Jones says.

The SBI agreed, as did then-District Attorney Steve Balog, who compiled a summary of the state police report.

“I find that Detective Fuquay not only acted appropriately, but heroically, in the use of deadly force in this incident,” Balog wrote. “Risking his life, he entered the Winn-Dixie Store before backup officers arrived because numerous shots had been fired in the store and the lives of customers and employees were in immediate jeopardy.”

THERE IS a sense of innocence lost when a gunman goes on a shooting spree in what has always seemed to be the safest of places. The truth is, most shop for groceries with just an eye on the price of bread in mind, not on who might be entering the store with a gun.

A shooting like the one on that April afternoon 20 years ago in Burlington changed things, at least for a while.

“You might think about it,” Glenn says. “It certainly impacted the thoughts of people. We had people calling the police department and asking, ‘what is happening to little ol’ Burlington?’ We had ladies who once felt safe going out shopping who were afraid.”

“It instills fear in the entire community,” he adds.

And there is another common thread between the Burlington shooting in 1993 and the rash of similar incidents nationwide over the past decade. According to the SBI, Winn-Dixie employees and Snead’s relatives told police that Snead had a history of mental illness and was on medication at the time. Snead’s medical records indicated he had been receiving psychiatric treatment since he was 12, the report said.

Ultimately, the toll from that day rose to three killed — including the shooter — and two wounded. A customer in the store, the Rev. William Graham Pulkingham of Texas, suffered a heart attack during the melee. Police officers administered CPR until he was taken to the hospital. He died April 16, 1993.

“We had a lot of unsung heroes,” Jones says, and cites the police who tried to help the stricken pastor. “The guys giving CPR never got the credit they deserved for that, it was under active gunfire.”

Jones and Glenn also credit whoever locked the front door of the store after the shooting began with saving lives. No one outside could hear the gunshots. While police had to break down the door to get inside, potential customers were taken out of the line of fire.

“He probably saved civilian lives because people were going to walk into a gunfight,” Jones says.

After the shootings, Winn-Dixie moved its store to another location in New Market Square. Life returned to normal. Thousands of people shop daily at what is now a Harris Teeter store.

But officers who were there that day think of it often.

“Well, for that time, this is something you read about happening somewhere else, but it’s not something you experience,” Jones says. “It’s one of those things, you do what you have to do and when it’s over, your hands shake a little bit.”

As police worked the crime scene on April 1, 1993, Glenn expressed mixed feelings about the entire day. Few people ever had a more intense first few hours on any job. He told the Times-News: “It was a happy day and a sad day — a dual day. A day to remember. It’s one I’ll never forget.”

With 20 years of hindsight at his disposal, he still finds it all difficult to fathom.

“It was an experience. I sit back now and look at it and say can’t believe my tenure as chief started this way,” he says. “But it ended on a better note.”

9 thoughts on “Remembering April 1, 1993, when a shooting spree rocked Burlington”